With a stable Sydney market in an upward trajectory, it’s incredibly important to be strategic when looking at where to purchase a property. Through some great research courtesy of Domain Research House – we are able to derive that the suburbs of Sydney with the biggest sustained growth over the last 10 years, and how to strategically try and predict the next best growth areas in the ever-growing Sydney property market. 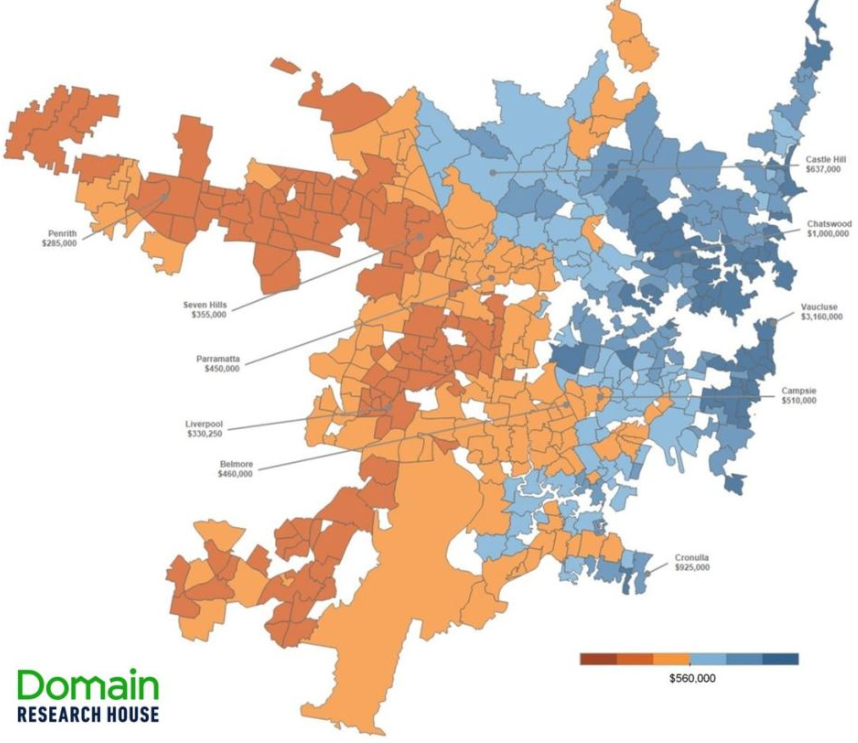 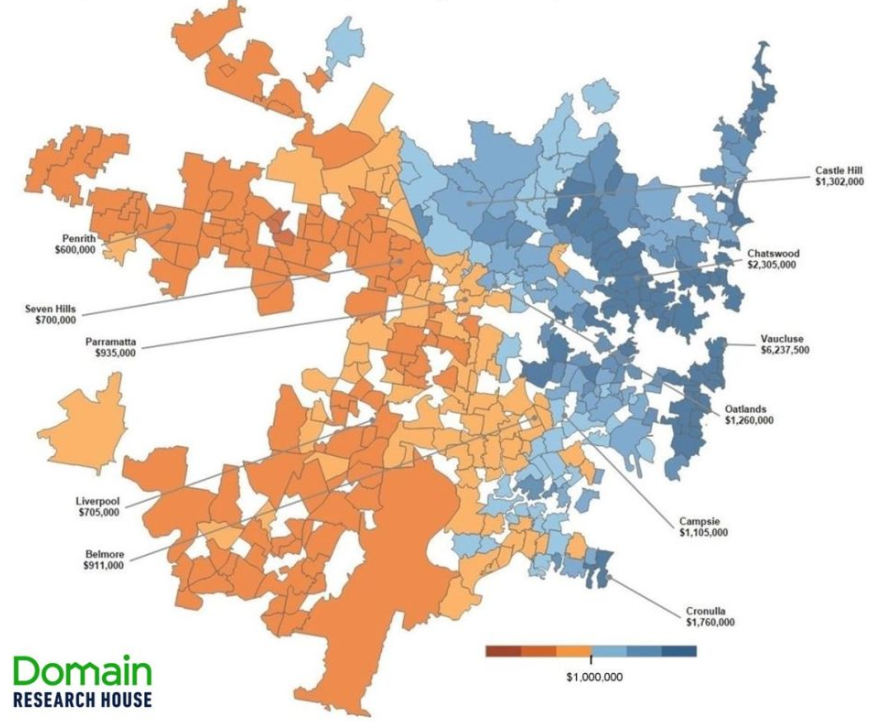 What we can attain from the above research graphics is that the median house prices had in all cases at the least doubled in Sydney in a 10-year span. In fact, some have more than doubled in that same 10-year span. That’s an incredible return on investment!

According to the Australian Bureau of Statistics – Sydney’s Population is projected to grow to approximately 6.4 million. This level of growth can provide a correlation between the amount of growth in median house prices represented by Domain’s research, and the ABS’s research on population growth for the same period of time. Of course, there’s never really an apples and apples comparison. However, one could easily derive that there could be a fairly equal amount of growth in property prices for Sydney in the future as properties are one of the most crucial commodities as it pertains to and ever-expanding populous in a big city.

As an example, take a suburb in Sydney like Campsie. According to Domain’s research, there was a growth in median house prices of more than double in the 10-year span (2009-2019) from $510,000 to $1,105,000. Taking into account integral factors such as inflation, population growth, and supporting infrastructure implemented by the State Government such as the new Metro that is being built that according to news.com.au would make Campsie Train station 1 of 3 hub transportation nodes in Sydney (Parramatta & Bankstown). Also, there are many viable investment opportunities in growth areas that appear to be on the cusp of becoming the next major growth suburbs.

These suburbs appear to be in a pattern stretching from the north of Sydney, down to the south. The suburbs on this precipice may experience substantial growth that may turn a standard property investment into an incredibly profitable one. In a market where Sydney prices have found an even plane over the last year, the research by the Australian Bureau of Statistics, and by Domain Research House allow us to assess the current trends the market presents, and also enable us to determine incredibly viable options where big wins can be had in both the short and long term.

The Australian Bureau of Statistics

We held an Appreciation Event this past Saturday night. Guests were treated to an extravagant event of exquisite dining, amazing entertainment, and wonderful prizes – all whilst cruising on the ever-iconic Sydney Harbour.

The event was a night of Appreciation for our loyal clients who were invited to indulge in an evening of enjoyment. The Event only had one theme from its inception, and that was to make sure our clients felt welcomed and appreciated for their ongoing loyalty to us. We look forward to providing our loyalty and support in reciprocation.

Again, we would like to thank each and every one of the 220+ guests who attended and wish health and prosperity to all our clients and their families.

Email Agent Regarding This Property